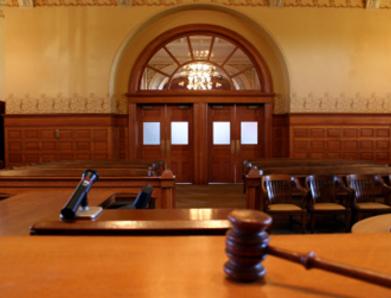 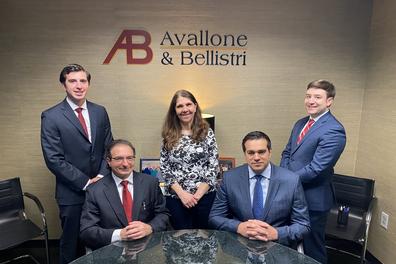 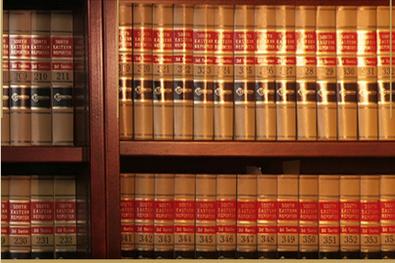 Comprehensive Legal Support You Can Trust

Our legal team has a well-deserved reputation of excellence in providing smart, sensible, and cost-effective legal and business solutions for our clients.

With Avallone & Bellistri, there is no need to hire a multitude of attorneys. We can advocate for you in many areas of law.

We serve a wide range of clientele, and every client relationship is valued greatly and treated with dignity and respect. Each engagement benefits from the depth and breadth of our expertise.

Serving clients throughout the Metropolitan Area - our attorneys are admitted to practice in New York, New Jersey & Connecticut - Avallone & Bellistri is equipped to handle the diverse legal and litigation needs of individuals and commercial institutions.

Well versed in civil litigation as well as virtually all matters of insurance defense, the team at Avallone & Bellistri has significant state and federal trial and appellate experience.

Mr. Bellistri received his Juris Doctor degree from St. John's University School of Law where he graduated in 2004. He received a Bachelor of Arts in English from The College of the Holy Cross in 2000. Mr. Bellistri is also a graduate of Chaminade High School ('96) in Mineola, New York.

Mr. Bellistri's litigation experience is in a wide range of areas including personal injury, contract matters, employment law, insurance and municipal defense and civil rights violations based upon discrimination and retaliation in employment. Mr. Bellistri has represented various police departments, school districts and other municipal entities throughout the State of New York, defending against claims of employee negligence, employment discrimination and retaliation, false arrest and malicious prosecution and breach of contract. Mr. Bellistri also assists clients in estate planning, including the drafting of a Last Will and Testament.

An associate attorney at Avallone & Bellistri, LLP since its inception, Mr. Tapia is admitted to practice law in the State of New York. In 2012, Mr. Tapia received his Juris Doctor from New York Law School. In 2006, he attended St. John's University where he received a Bachelor of Science in Legal Studies.  Mr. Tapia speaks fluent Spanish.

Mr. Tapia represents clients in various civil and criminal matters, including but not limited to, employment, labor, insurance and personal injury. Mr. Tapia litigates labor and employment cases, including claims alleging discrimination based upon race, sex, religion, national origin, age and disability, as well as sexual harassment, wage and hour issues, labor arbitrations and defense of employment-related claims under both federal and state law. Mr. Tapia also brings extensive negotiation, alternate dispute resolution  and litigation experience in counseling clients on a wide-range of issues relating to the filing of insurance claims for personal and business losses sustained in catastrophic events such as Superstorm Sandy. Mr. Tapia works with "best-in-field" public adjusters and engineers, assuring that Avallone & Bellistri's clients recover the money they deserve under their insurance policy.

Prior to becoming an attorney, Mr. Tapia served as law clerk for the Legal Office, P.C. of Edward B. Tapia, focusing on United States Immigration and Nationality Law, assisting individuals and businesses with permanent and temporary visas, deportation and removal defense, asylum, citizenship, as well as a host of related legal immigration matters.

While many law firms apply a "cookie-cutter" or "one-size fits all" attitude, our firm philosophy hinges upon the notion that each and every client deserves a special, individualized  approach to their legal issues.

A client should NEVER be afraid to call their attorney with any and all questions pertaining to their representation. If you are sick and tired of overpriced and exorbitant legal fees, then Avallone & Bellistri is the right firm for you.

For over 14 years, Mr. Avallone served as the Senior Trial/Managing Attorney at a major Long Island law firm, handling litigation from inception to verdict or settlement. Mr. Avallone represents both plaintiffs and defendants in complex personal injury cases, insurance defense, civil rights litigation (including Title VII actions based upon race, national origin, religion and gender, the Americans With Disabilities Act,  the Age Discrimination in Employment Act, 42 U.S.C. 1981, 1983 and 1985), employment law matters and represents various municipalities and school districts regarding allegations of employee negligence and misconduct. Mr. Avallone worked for the NYC Police Benevolent Association Law Firm, representing police officers in civil matters alleging excessive force and false arrest, as well as administrative discipline at the Trial Room. Additionally, Mr. Avallone has argued before PERB regarding the certification of police unions.
​Prior to becoming an attorney, Rocco G. Avallone was a Senior Tax Consultantfor the CPA firm of Konigsberg, Wolf & Co. and Louis Goldberg & Co.